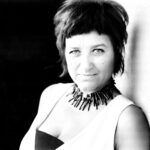 Member of the Managing Board of National Academy of Photography "Yanka Kyurkchieva", Bulgaria

2013      Silver medal in the artistic photography section of the Yanka Kyurkchieva National Academy of Photojournalism, 2013

2010      Second Prize in the "Many Roma People" Contest in the framework of the "Different People One Europe" campaign, February 2010.

2009      Winner of the 2008 Prize. for outstanding achievements in the field of art and culture - section Photography - Diploma from the Municipality of Pazardzhik

2007      Two nominations and a special prize in an accompanying competition of Fotovaccation, 2007

2011      Organizer and jury of the photo competition "I Love Nature" - RIEW and Pazardzhik Municipality, dedicated to the World Environment Day - 5 June

2010      Participation in the Photo Exhibition "Near Avramovi Kolibi and back", town of Pazardzhik,

2007      Participation in the Final Exhibition of the contest "Catch Flashing"

2005      Participation in the exhibition "Beautiful Bulgaria", NBU in Plovdiv. Presented in the Nature Conservation Information Center of Vitosha Nature Park in Sofia

2005      Participation in an exhibition entitled "The World through the Young Man's Eye" - Plovdiv, April

2011      Participation in the exhibition "Spirit of Music", a side event of the XXXVI International Festival "Winter the Music Evenings - Prof. Ivan Spassov", Pazardzhik, January 2011