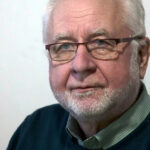 I took photos since childhood. These were the very beginnings. The pictures started to make me more happy when my work duties became vacant in 2007. I am very attracted to nature, especially animals. I spent a lot of time in the area of the Vihorlat mountains. That's when I got an 800mm telephoto lens. He weighed about 7kg. It was a window through which it was possible to see in great detail and capture the unique elegance, temperament, emotions and feelings of wild animals. The attractiveness of the topics increased. I visited several national parks in Africa, Alaska, India ..... Since In 2016 I started sending pictures to photo salons and competitions. They were accepted in 32 countries. Some were awarded. In 2020, PSA awarded me the QPSA award.