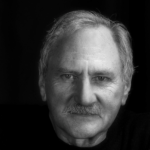 Lajos was born in 1950 and lives in Romania.  He has studied economics and licenced in the economic science. He is businessman in his own company.

He worked analog photography but since 1993 he has taken only digital images. His interests in photography are wide and varied, pictorial landscapes, people and places, nature and travel photography, altered photography but he also enjoys photojournalism.

His  motto “To see and to show” - catch the moments and present the feeling of the moments trough the pictures.

He has been a member and honorary member of  numerous important photographic societies in the world and received the prestigious photographic titles as Grand Master PSA, EFIAP Diamond 3 from FIAP, Crone 5 and VIP3 GPU, Great Achievement IUP, Gold Exhibitor of  PSS, Fellow of APU and Gold Exhibitor APU, and R-ISF10 from Image sans Frontiere.

He had more than 100 individual exhibitions in Romania, Hungary and other countries in Europa. He edited two individual albums with the title “Impressions” in 2000 and “Images from the Curvature of the Carpathians” in 2017.